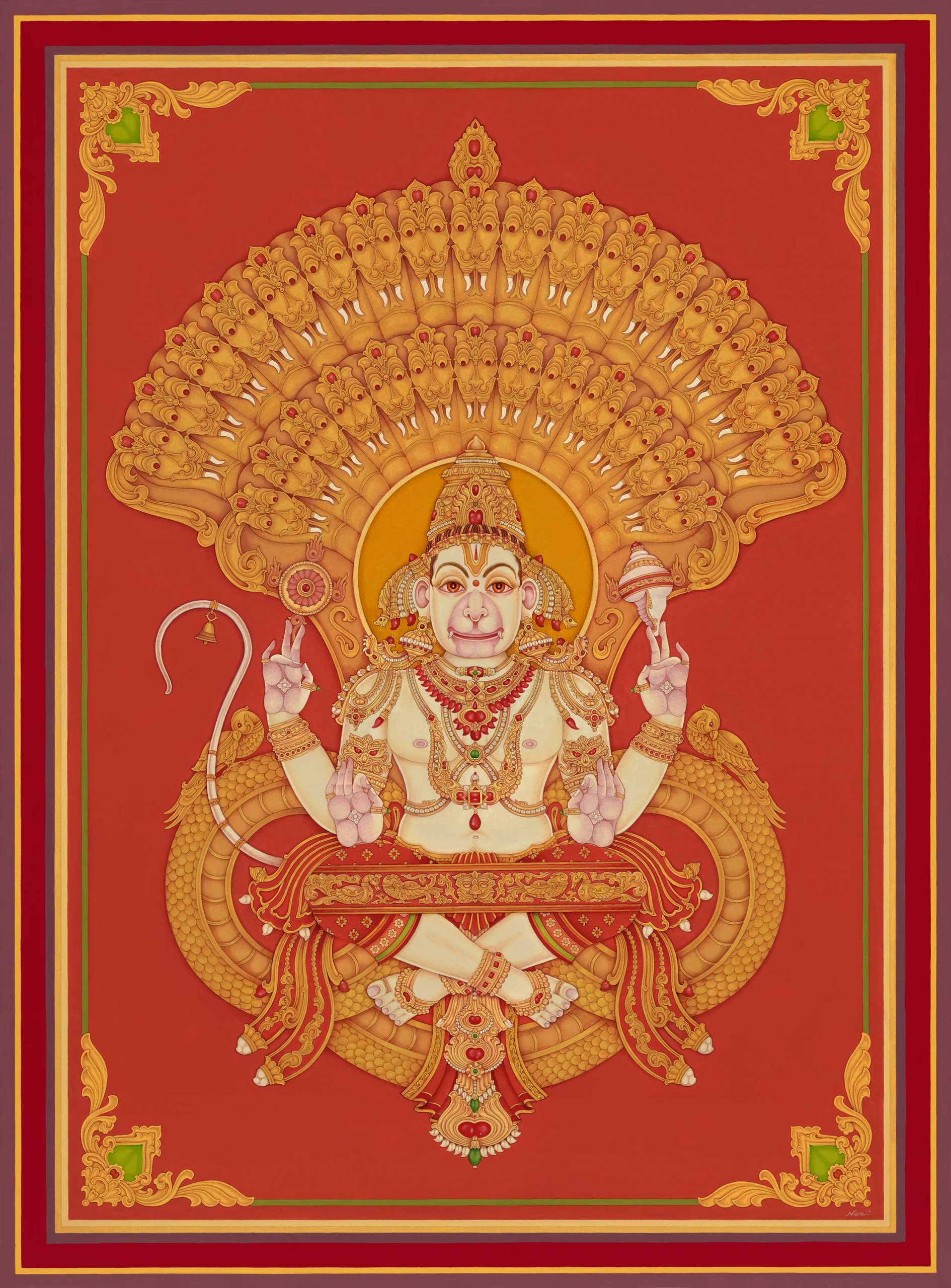 This unique four-armed form of Hanuman has a wonderful hilltop temple dedicated to Him in Sholingar, a few hours from Chennai in Tamil Nadu. Opposite to Hanuman’s hilltop shrine is a mountain with a famous Yoga Narasimha temple at its peak. Hanuman is believed to be eternally guarding the shrine and protecting the devotees seeking Lord Narasimha’s blessings.

The temple legend states that after Rama finished his earthly mission he instructed Hanuman to come to Sholingar, where the Sapta Rishis (seven sages) were doing penance, to protect their tapas practice from danger. To accomplish this aim Rama offered Hanuman his conch and discuss seen in his upturned back hands. Esoterically the discuss represents mastery of the solar energy current in the body and the conch the lunar energy. Held in perfect union in the central channel, yogic wisdom is realized.

In the Sholingar shrine, gold precious metal kavachas (body molds) cover the Deities’ hands and feet. In the kavacha Hanuman holds a small hand-made mala in his bottom right hand. However in the only other stone sculpted image of Yoga Hanuman this artist has seen (from Andhra Pradesh) there is no mala in the hand. The hands are in chin mudra representing pure wisdom. It is likely that under the kavacha at Sholingar there may also be no mala shown. There are more common two-armed images of Hanuman in meditative absorption such as at Hampi. Further four-armed standing images of Hanuman can be found as relief carvings in many Vijayanagar era temples in Tamil Nadu. Interestingly in some of the Shaivite temples his back hands hold emblems of Shiva. However none of these are independent shrines let alone a whole temple as in Sholingar. Neither is he shown in meditative aspect in these images.

Behind Hanuman in the painting is a jeweled multi-headed Naga (divine serpent) indicative of the fully activated and realized Kundalini energy.