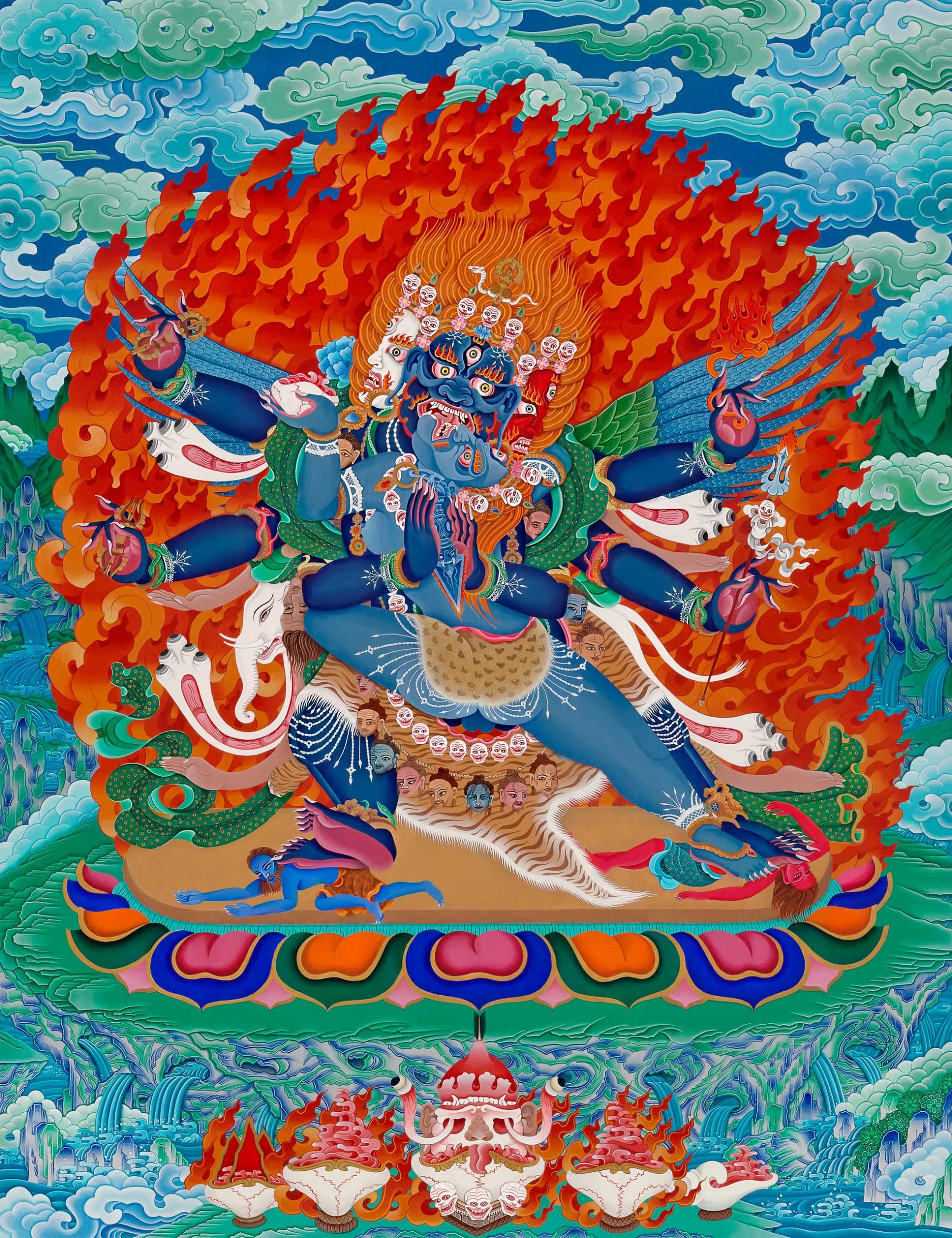 Vajrakilaya and his consort, Vajrakilayi, are standing on the solar disk of an open lotus flower that represents final illumination. Gods of the mortal realm are being crushed beneath their feet, meaning that the Wisdon that Vajrakilaya represents is beyond time and space, transcends the mortal realm, and is beyond any limitation. The Deity is literally bursting out of human form in an explosion of consciousness.

The form of the Deity is decorated by crowns and garlands of skulls. In tantric Buddhism, the skull always represents non-dual realization and white bliss void. The Dakini Vajrakilayi holds a skull cup of boiling blood. The blood is meant to boil as the energy released in liberation is incredibly strong.

In the lower left hand of Vajrakilaya is a trident or Khatvanga, representing the Trinitarian symbol of wisdom and of the conquest of the three stages of time—past, present and future. In his upper closed and lower opened right hands are double dorjes. His central hands hold a Phurba, a tantric weapon used for severing the emotional fetters or bonds that accumulate above and below the heart Chakra. Using this instrument, he pierces the knots or nadis (the psychic knots). He is rolling the Phurba between his palms to pierce through the heart.

In the Deity visualization practice, one would visualize millions of golden Phurbas entering the body through each pore of the skin and cutting the knots and diffusing into golden light in the heart Chakra.

In the upper left hand, Vajrakilaya holds a wisdom flame that represents purification. He reveals a blazing purifying fire. His hair is a mess of flames. The Deity is further decorated by severed heads in various stages of decomposition as each stage represents the conquest of a samsaric mind set.

A practice would be to gaze at the image with enough attention to receive transmission.