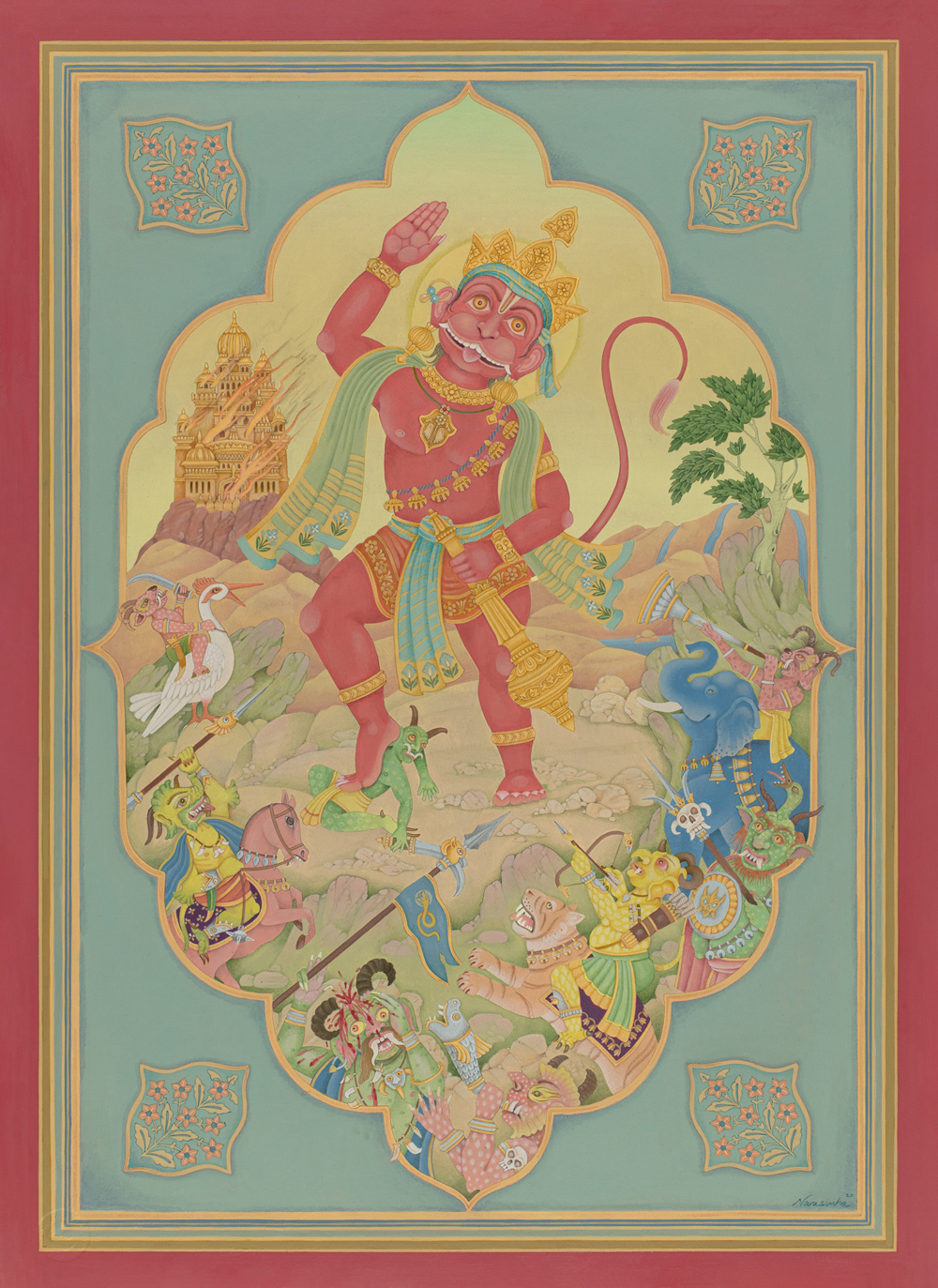 HANUMAN ON THE BATTLEFIELD

In the painting we are witnessing a scene from the great epic of India—the Ramayana. The beloved wife of Lord Rama, the future king of Ayodhya, has been kidnapped by the demon king, Ravana. On the great odyssey to rescue Sita, Rama encounters the monkey Hanuman. At this point in the odyssey, Hanuman is full of celestial powers and yet at the same time, unaware of the full extent of his own Divine might. Hanuman recognizes Rama as an incarnation of God and gives devoted allegiance to him. Together with an army of helpers consisting mainly of monkeys and bears, they travel to the fortress island of Lanka where Ravana rules.

Hanuman is the first to find Sita and after securing her safety, he sets fire to Ravana’s splendid golden palace which is seen burning in the background. A great fight ensues and Hanuman displays his valiant warriorship which we see in the painting. He is full of vital energy, hence he is red, and holds up his hand to smite the demons and bless the devotees with strength!

On all sides of Hanuman there are peculiar demons or asuras who serve in the army of Ravana. These beings are assaulting Hanuman and attempting to defeat him. Hanuman, however, is terrible to fight due to his siddhis which enable him to fly, shrink and expand at will and endows him with incredible strength. His eyes are intoxicated with the power of war and his devotion in serving Rama and protecting Sita. His tongue protrudes in extreme wrath and he laughs as he dispenses with so many foes.

The style of the painting is influenced by Mughal era work of Rajasthan and North India.